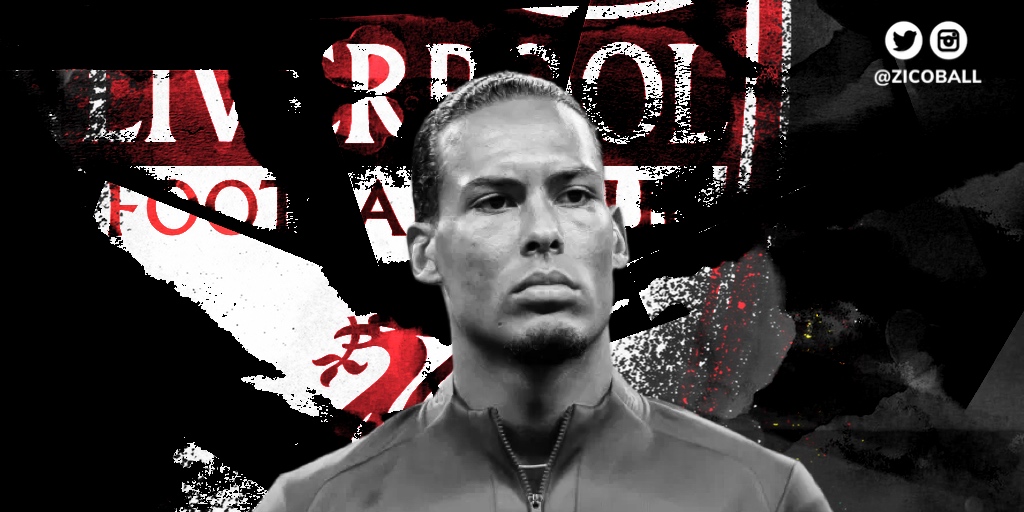 Virgil Van Dijk is gone. I’m late, I know. But he’s gone, and with him, the best player in the Premier League will be absent for the year. The missing former Southampton man is arguably the best player on the planet, and without him, it may end a Liverpool repeat attempt at the title. It’s possible it also ends a charge at a second Champions League crown in three years.

Why? Surely this Liverpool team, who over the last two seasons has averaged 98 points (the second-highest two-season average in the history of the Premier League), has enough talent to overcome the loss of the Dutchman? After all, Manchester City lost Kevin De Bruyne for a large stretch of the second of their back to back titles and still managed to repeat with 98 points.

The short answer, in my estimation, is no. Liverpool have impressed without him so far with a second-string defence, but for that to span the season is a different task entirely. Suppose they do somehow manage to mount a title charge. In that case, it will be more to do with the other title ‘contenders’ sputtering and failing to take advantage of the lack of defensive solidity Liverpool will likely show. Whether or not that happens remains to be seen. Let’s focus on Liverpool, who will struggle to replicate their stellar form of the previous two years.

Liverpool play a system of very high lines. It is designed to enable The Reds to sustain pressure on opponents. They have a variety of ways to score, but sustained pressure seems to be the most reliable way for Liverpool. Eventually, the opposing defence will lose concentration with a mental slip and offer the chance to score whether it’s through combination play between the front three or a cross into the box.

However, the high line also enables the press, which allows sustained pressure. With the lines as high, it means they can squeeze the space to play with for the opposition, meaning it’s very taxing to try and play out from the back. This, a lot of the time, results in a long ball to try and escape the relentless nature of Liverpool. Whether it’s a hoof down the channel to a speedy forward or a long punt up the field for a target man to control and initiate the counter; a long ball is the most likely result from a team to try and to attack Liverpool.

This is where Van Dijk becomes crucial, and the key to the entire ability to play in such a way for the Premier League champions. It makes it near impossible for teams to attack down his side of the defence because of his excellent physical gifts, his pace, quickness on the half-turn, strength, leaping ability, alongside his supreme mental toughness and leadership capabilities.

Even the best in the world struggles to attack down the left channel which Van Dijk occupies due to his ability to keep pace with them, just look at Kylian Mbappé – arguably the most feared forward on the planet. When the two faced each other, Van Dijk kept pace with the Frenchman and forced him into a difficult angle for the shot. In space, the Number 4 is as good as anyone, ever.

And the target men? Good luck. Van Dijk is in the 98th percentile across the last two seasons for his rate of winning aerial duels. Basically, he has no weaknesses, not on the football pitch anyway. This allows for quick wins of the ball, back to Liverpool who can start attacks again, methodically wearing down the opposition with relentless pressure.

But, surely other centre-backs have very few weaknesses? Look at Raphael Varane – perhaps the most talented centre back in the world, who seemingly falls to pieces without Sergio Ramos. On Merseyside, Liverpool’s entire defence was a revolving door of mistakes before the Dutchman waltzed in and fixed it. Liverpool, in the last half-season they played without him, conceded goals at a rate of 1.3 goals a game which works out at 49 goals conceded over a season. With him, in his first full season, they conceded goals at a rate of 0.58, less than half without him. So, what is the difference between him and the rest?

His leadership at the back brings a calming element and poise that no one else matches. His lack of mistakes on and off the ball bring something no one else could bring to this Liverpool side.

Whether it’s selecting the correct pass to initiate the play for Liverpool, sending a 60-yard pass down the channel to get Liverpool up the field, or instructing his defensive partner where to stand and what position to take up not to let Liverpool present vulnerable in transition. Van Dijk’s entire presence and skillset allow for Liverpool to be so dominant.

The reason what Van Dijk brings is so irreplaceable is because there isn’t another central defender like him. Sergio Ramos is too rash to show the calmness of the Dutchman. Raphael Varane is too passive to offer the same leadership to another complementary centre back in Joe Gomez. Any defender you consider will likely lack in areas where Van Dijk boasts a treasure chest of strengths.

He is the reason Liverpool can play the way they can, and without him, I don’t see how it’s possible for them to stack up 90+ points. The lack of mistakes will be more troublesome to replicate due to his passing and the ease he deals with possession. Everything he does makes him so hard to replace, and as a result, Liverpool will struggle, in my opinion. How much they struggle, remains to be seen.

It’s even possible, as dire as this sounds that it could end a potential Merseyside dynasty before it even truly begins. What Jurgen Klopp has built over the last five years is truly special, and it had the potential to be an everlasting, iconic side, remembered forever in English lore. Multiple Champions League titles, and numerous Premier League titles, that was what was foretold of this great Liverpool team.

But, and there’s always a but, Liverpool’s success was majorly predicated on the fitness and dominance of their defensive stalwart. Up until now, there have been no issues. Van Dijk hadn’t missed a game through injury since his arrival, and as such, there were no concerns. He was always imperious, always focused on every important fixture (i.e. before the title was wrapped up) and it gave Liverpool a real edge.

And yet, with him gone, so is that advantage. But what if his own edge is gone?

Van Dijk, as mentioned and as seen, is a player with elite physical gifts – this is a significant part of why he is one of the most dominant defenders we have ever seen. His knee injury may rob him of some speed, some of his explosiveness to deal with the finest attackers of the world.

What if he can’t play as high a line anymore because he’s not as quick on the turn? What if his ability to perfectly weight passes is impacted because of the reconstruction of his knee? These are valid questions.

When the most important player on a team suffers a long term injury, it raises questions in every sport. Zlatan Ibrahimovic and his ACL of a few years ago. LeBron James and his torn groin from Christmas in his debut season of the recently crowned champions, Los Angeles Lakers. Both players came back equally as strong with slightly modified versions of themselves to remain dominant. Can Van Dijk do the same? I’d hope (and think) so.

If Van Dijk however, is not the same, this could lead to mass problems. A change in systems, perhaps. A shift away from a system perfected over the last two and a half years, how would the players adapt? How will recruitment adapt? Could this mean Klopp leaves earlier than expected?

There is a chance that Van Dijk comes back every bit as dominant as before, and maybe even better. Until then, these questions will continue to hang like a dark cloud. Linger like a bad smell in the Anfield night sky.

Liverpool waits. The league waits. The watching world waits. The difference between a flash in the pan and a dynasty? Virgil Van Dijk. We wait for his return.