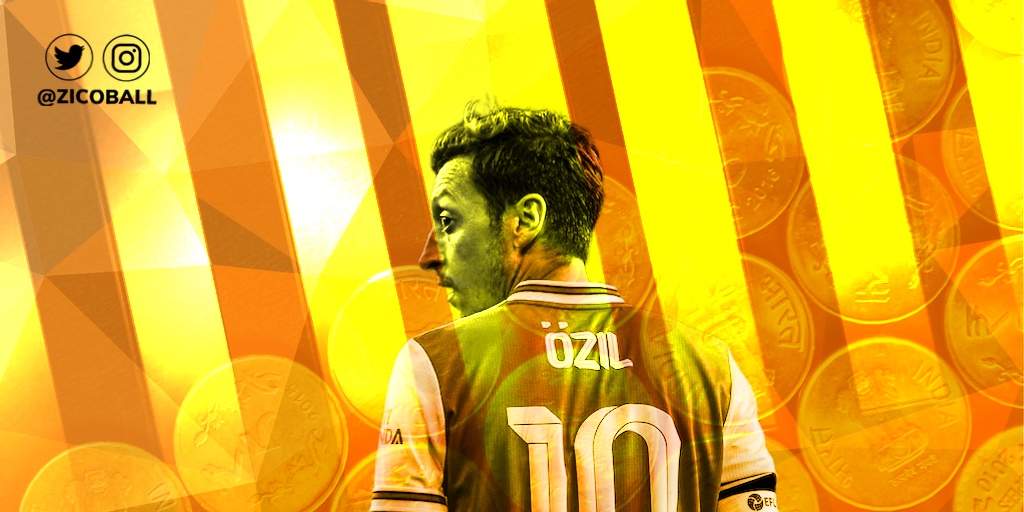 The topic of player wages is one that is continuously debated. The discussion comes not only within the realms of football, but also into a broader reach of the community, especially during the current climate where questions have been asked regarding footballer’s salaries compared to key workers on the frontline.

The idea of a salary cap has been suggested on occasions, and the subject was revived last Friday. It was revealed that all League One and League Two clubs had held a vote whether to introduce a salary cap of £2.5m and £1.5m respectively, for the leagues to cover wages, bonuses, taxes, image rights, etc.

The English Football League announced the results of the vote which was in favour of introducing salary caps. It was explained that this would come into effect immediately to help with the issues of sustainability and wage inflation issues across the EFL which were directly affected by the coronavirus outbreak in March.

There were, of course, mixed views on the matter. Smaller clubs were generally those happier with the decision, whereas bigger clubs with a more significant financial backing may have felt a bit hard done by, almost as if they were being held back.

Additionally, there were rumours that discussions were taking place to make amendments to the financial controls within the Championship as well as the decision made by EFL clubs. As these controls move higher and higher up the football ladder, it does raise the question of whether such measures could one day be introduced in top-flight divisions throughout Europe.

Well, the first thing that needs to be answered is why wages are so much in the first place? The simple answer to that is as the leagues have attracted more income, so have the players. Football was initially considered the working man’s game, an amateur sport, but once professionalism crept in, wages increased.

From Johnny Hayes being the first player to hit the £100 a week mark in 1961, to the shock at the time Dennis Bergkamp was offered £25,000 a week in the early nineties, player wages have continued on an upward trajectory.

As the game evolved, there were two key factors which gave even more incentive for a spike in wages for playing staff.

First, the growing significance of television rights deals gave clubs more income, and this meant they could pay players more and attract new signings with the lure of higher wages.

The second factor, which sparked player power to go through the roof, was the Bosman Ruling of 1995. The ruling came after Jean-Marco Bosman wanted to move from RFC Liege to Dunkerque, but the latter refused to meet the transfer fee. Bosman had his wages reduced and took his case to the European Court of Justice and won.

There are numerous cases each season where a player threatens to leave a club, but in reality, it is not in their intentions as they simply want a bigger payout. To appease their star man, a club will gladly up the salary, and soon after, the player is again publicly happy in his surroundings and decides to stay put.

Wages have reached astronomical levels in the Premier League. The figures don’t quite reach those in China, but they have been staggering. The two that spring to mind is Manchester United’s contract with Alexis Sanchez, and Arsenal’s package with Mesut Özil. Sanchez collected over £500k a week United, while Özil earns £350k each and every seven days.

The figures can be sizeable, and often a club will be reluctant to pay the amount but know it’s the only way they will get their man. So, would salary caps put an end to player power and encourage competitive balance in domestic leagues?

In the MLS, salary caps are the norm, and for the 2021 season, it stands at $5,210,000, an increase just shy of $1m from last season. This cap still allows teams to sign up to three players that would command higher salaries than the cap, which is why the restrictions still allowed for players such as David Beckham, Wayne Rooney, and Andrea Pirlo to move to the US on bumper wages.

In effect, many would argue that seeing such show-stopping names along with many other household players in the MLS would conclude the salary cap system works. Franchises can still attract big players, but this way, it’s fair and limited.

However, the successes of the commercial value of the MLS in comparison to the Premier League is much different. The viewership of the Premier League is far more superior, as you would expect given its longevity, and is at present much more brandable than the MLS. Unlike the English top-flight, the big names who move to the MLS are often near retirement age with only a handful of years remaining in the tank, making it less appealing than the Premier League’s superstars in their prime.

If wage caps existed in the Premier League, it could potentially lead to increased player loyalty and offer much more in terms of competition. The pull-factor for players abroad would diminish, and the revenue of the league would suffer, however. The only way this could work, and for the biggest teams to come together in agreement, would be if there was a salary cap introduction for all teams in every league. If every organisation were singing off the same hymn sheet, perhaps salary caps would have a chance.

It seems an honourable idea which would garner more shocks and entertainment, but the Premier League as a whole would almost certainly be against it.

Salaries in football have been allowed to become astronomical. The game may need a way of controlling the rise in finances for the sport’s integrity, but salary caps just don’t seem the way forward in Europe. With football doing so well commercially, players are entitled to be paid more and more in the current setup. After all, the playing staff are the main act.

Maybe the solution isn’t reducing player wages. Perhaps it is merely finding a way of taking power away from players and removing their ability to hold clubs to ransom. If football can give clubs back control, players who deserve the higher wages would be the only footballers paid as such.