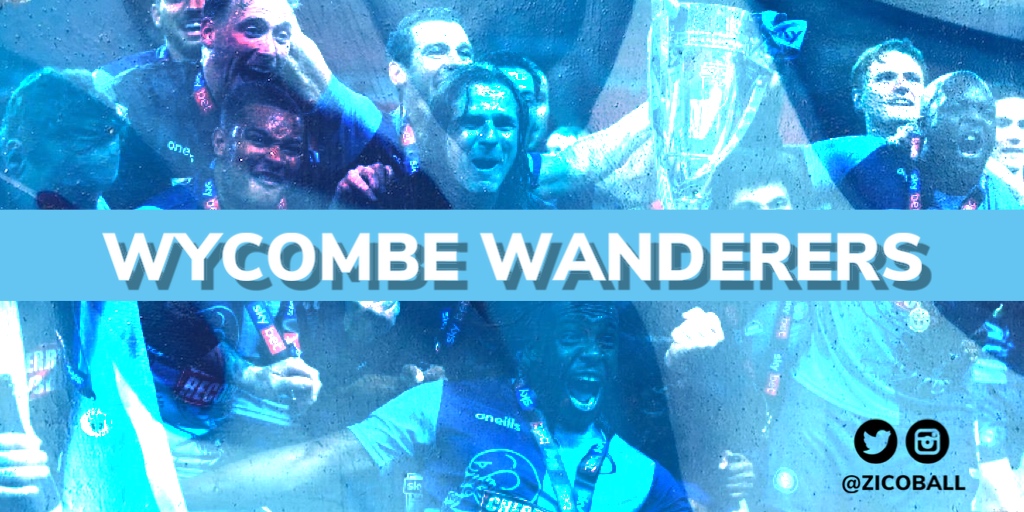 Football has seen many unlikely stories over the years, and Wycombe Wanderers’ story can certainly be added to that list.

While the club hasn’t had particularly great results at the start of the Championship campaign, no one, especially Wycombe, would have imagined they would have ever been in this position.

The Chairboys, led by club legend Gareth Ainsworth, created history at the end of the 2019/20 season and have ventured into the relative unknown.

But how did they get to this point? If we delve into Wycombe Wanderers’ formative years, we will see how their rise to the Championship became a reality.

The club was formed in 1887 in a public house in High Wycombe by a group of young furniture trade workers. Between 1887 and 1896, Wanderers played friendly matches but did enter the FA Amateur Cup in 1984 and the FA Cup in 1895.

In that same year, the club moved to the ground Loakes Park which would be their home for the next 95 years. The following year they joined the Southern League after a successful application, competing in the league until 1908 when they declined to re-join the competition. Instead, they decided to pursue amateur football rather than professional football, joining the Great Western Suburban League. Wycombe remained in this league until after World War I, then joining the Spartan League in 1919 and becoming Champions in successive years.

After the two consecutive title wins in the Spartan League, the Blues joined the Isthmian League in 1921. They would remain a member until 1985 when they finally accepted promotion to the Conference.

For 60 years, Wanderers sought to be the greatest amateur club in the country, winning honours such as the FA Amateur Cup in 1931 as well as eight league titles.

1952 saw the club appoint Sid Cann as coach, who would lead them to their first Isthmian League title in 1956. The title was defended the following season, while they also reached Wembley for the first time where they were beaten in the FA Amateur Cup final 3-1 by Bishop Auckland.

Cann’s period in charge of Wycombe was a successful one, but in 1961 he left to join Norwich City leading to a downturn in fortunes. However, in 1968 Brian Lee was appointed as their first conventional manager. He changed many aspects of the club, one being the team selection which a committee had decided on until that point.

Lee led them to a third Isthmian League title in 1971 and defended it in 1972. A fifth league title was won in 1974, and again it was defended the following season in 1975. That same season, Wycombe created further history when they reached the FA Cup third round proper for the first time, where they would lose 1-0 to Middlesbrough in a replay at Ayresome Park, after drawing 0-0 at Loakes Park. The following year Lee retired as manager, and again a decline began. However, this wasn’t solely to do with a departing manager.

The FA in 1974 had decided to abolish amateur football which left Wanderers without a sense of purpose. They rejected invitations to join the Conference, when it formed, in 1979 and again in 1981. A seventh league title was won in 1983, but they again rejected promotion to the Conference. However, in 1985, as a consequence of a loss of crowds, the club decided to accept promotion, having finished third in the Isthmian League Premier Division.

Their first season ended in relegation on goal difference. They did, however, make a swift return after romping to an eighth Isthmian League title in 1987. Under manager Jim Kelman they consolidated their place in the Conference, following that up with a fourth-place finish in 1989. The following season was their last at Loakes Park and a disappointment both on and off the pitch, with Kelman forced to resign following a defeat to the MET Police in the FA Trophy, but unprecedented success was soon to come.

Wanderers appointed Martin O’Neill as Kelman’s successor, and he oversaw the club’s move to its new home Adams Park at the beginning of 1990/91 season. Come the end of the season, the Blues were to defeat Kidderminster Harriers 2-1 in the FA Trophy final, and narrowly missed out on promotion to the Football League finishing level on 94 points with Colchester United, placing second on goal difference. Wycombe recovered for the 1992/93 season, becoming only the third side in history to do the non-league double. O’Neill’s men claimed the Conference title before winning the FA Trophy again at Wembley, defeating Runcorn 4-1.

O’Neill stayed on, despite interest from Nottingham Forest, and he led the Chairboys to fourth place in the old Third Division, qualifying for the playoffs. They went on to beat Carlisle United over two legs and overcame Preston North End 4-2 in the final at Wembley 1994, gaining promotion to the Second Division (now the third tier) and a successive promotion.

In his final season with the club, O’Neill guided Wycombe to a sixth-place finish in the Second Division. Still, due to a league reshuffle, Wanderers missed out on the playoffs and the former Nottingham Forest player left for Norwich City in 1995.

Many managers came and went after O’Neill’s departure. The Blues maintained their Second Division status until they were relegated at the end of the 2003/04 season to the newly named Coca Cola League Two, ending a 10-year stay.

Wycombe yo-yoed between League One and Two for the next 15 years, although they did have a couple of notable achievements.

One moment came in 2000/01 when they reached the FA Cup semi-final, losing 2-1 to Liverpool, and in the 2006/07 season when they reached the semi-finals of the League Cup, then the Carling Cup. Managed by Paul Lambert, the club welcomed Chelsea to Adams Park in the first leg and recorded a respectable 1-1 draw. The second leg wasn’t as successful though, losing 4-0 at Stamford Bridge.

Wycombe Wanderers Trust ownership and rise to the Championship

At the beginning of the 2013/14 season, Wycombe Wanderers Trust (supporter-owned) formally took over the club and ended a transfer embargo with the financial stabilisation.

While they started the League Two season well, winning 3-1 away at York City, they endured a bad run of form not long after. By the end of September, the club’s hierarchy relieved then manager Gary Waddock of his duties with the club sitting just above the relegation zone.

Former club captain Gareth Ainsworth was placed in caretaker charge and, just over a month later, he was named permanent manager. Ainsworth managed to revitalise the squad and steered them to a 15th place finish, nine points clear of the relegation zone.

Following the season, Ainsworth retired from professional football and signed a new two-year contract as the Blues boss, ending a period of being player-manager. His first full season in charge didn’t go particularly well, finishing in 22nd place and remaining in the Football League by virtue of goal difference.

The 2014/15 season saw a remarkable turnaround with Wycombe spending the majority of the season in the automatic promotion places, eventually finishing fourth and qualifying for the playoffs.

After defeating Plymouth Argyle in the semi-final, the Chairboys faced Southend in the final at Wembley. Wanderers succumbed to a 7-6 penalty defeat after drawing 1-1, damming them to a further season in League Two.

After numerous attempts, Ainsworth finally achieved his first promotion as manager at the end of the 2017/18 season, joining Luton Town and champions Accrington Stanley in the automatic promotion places.

Wycombe’s first season in League One under Ainsworth was deemed as a success, avoiding relegation back to League Two by three points. But the following season was to top any previous achievement.

Favourites to be relegated come the end of the 2019/20 season, the Blues surprised everyone going seven games unbeaten to start the campaign. A 2-0 defeat to Gillingham in mid-September was to be a minor blip, with Wycombe going another 12 games without defeat.

After spending most of the season in the top two, inconsistent form towards the back end of December and into the New Year saw them fall to seventh in the league. With football below the Championship ending prematurely due to the Covid-19 pandemic, League One was decided on a Points-Per-Game (PPG) system – meaning Wycombe jumped from seventh to third in the table by virtue of a better PPG, and in turn qualified for the playoffs.

Wanderers were pitted against Fleetwood in the playoffs and won 6-3 over the two legs. Another trip to Wembley, different to most years with no fans, but that didn’t affect the Chairboys who defeated Oxford United 2-1. The victory earned a place in the Championship for the first time in their history.

The success was in stark contrast to the predicament the club had found themselves in six years prior, where a 3-0 win at Torquay meant Wycombe narrowly avoided relegation into non-league football. As one fan put it:

“We’ve put Wycombe on the map, we weren’t on the map before.”

Whatever the outcome of this season, Wycombe have added another chapter to their history and should be proud of what they have overcome to achieve it.

Chairman Pete Couhig said: “Wycombe Wanderers are the biggest little club in the world”. Given how they defied the odds, you couldn’t argue with that.