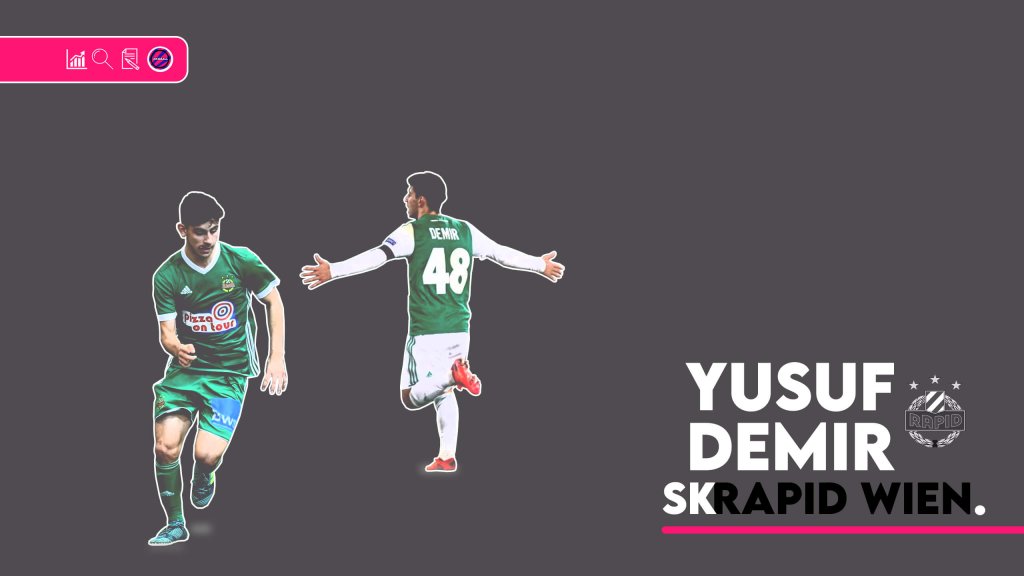 Austria has for some time been a breeding ground for young talent from across the world. Patson Daka made his name at RB Salzburg after being scouted playing for Zambian outfit Kafue Celtic. Whilst Brenden Aaronson recently arrived at Salzburg, having shone for Philadelphia Union in the MLS. RK Rapid Wien’s 17-year-old midfielder Yusuf Demir is, however, Austrian born and bred.

Having grown up in Vienna, Demir has already made over 20 appearances for his local club. With the youngster’s performances attracting the attention of some of Europe’s biggest clubs.

Demir is still acclimatising to the professional game, but his versatility has allowed him to adapt more quickly than others his age. Shifted across the frontline and even at times into defensive midfield, The Austrian looks most comfortable playing as a number 10.

The youngster has a clear eye for goal, having scored a remarkable 19 goals in 22 appearances for the Austrian under-17 and under-15 teams. Whilst also netting against Dundalk in this season’s Europa League. With four goals and three assists in 23 appearances, Demir is a key part of Dietmar Kühbauer’s side. His age doesn’t hinder his ability to influence the game.

His deft touch and ability to manipulate the ball allows Demir to drift away from his markers using subtle faints and drops of the shoulder. Such technicality and nimbleness have drawn comparisons to Lionel Messi. And whilst these claims are hyperbolic, to say the least, the one key difference between the pair is Demir’s size. At 5’10 and weighing 65kg Demir can rely not only on his technical but physical assets to progress the ball. There’s an effortlessness to his movement that makes him so difficult to dispossess. Demir’s mind moves just as quickly as his feet.

Despite operating behind the striker, Demir tends to come in off the right-hand touchline to manoeuvre the ball on to his stronger left foot; this opens up opportunities to shoot or switch the play. The majority of his creative influence comes from the left-hand side, where he is more naturally able to pick out teammates in the area.

Demir has the presence of mind to pick up spaces between the lines; this allows Rapid to vertically stretch the play. Whilst Demir is also comfortable receiving on the half turn. It means the midfielder rarely gives up possession, allowing Rapid to take more risks on the ball.

At such a young age, there is still time for Demir to develop physically. Whilst refining the technical aspects of his game, such as his often-rushed decision making. Yusuf Demir, though, looks more than ready to make a name for himself outside of Austria. And clubs will likely be queueing up for his signature this summer.